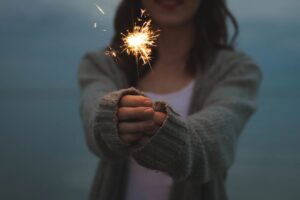 A long time ago, when Woody Allen was known for writing funny books, he described a character named Weinstein who lay in bed feeling depressed about his age.

“Next year I will be fifty-one. Then fifty-two.”

Allen adds, “Using this reasoning, he could figure out his age as much as five years in the future.”

While some of us have the advanced math skills to figure out our age 10 or even 15 years into the future, it’s one of the few things we can predict with reliability. Think about this time last year as you were looking forward to 2022. Could you possibly have foreseen the major events that occurred in your personal life? Let alone the unexpected events on the national stage.

It’s nearly impossible to use the past to predict the future accurately, though science fiction writers and market forecasters will invariably try. Nearly all of the people, locations, and situations that will lead to newsworthy events in 2023 probably already exist today. We just can’t identify them now nor tell how they will interact to produce a significant impact.

It’s even tougher to tell what will make a long-term impact.

Imagine that you could go back a hundred years to 1923, and without looking at a Wikipedia reference, try to predict which events we now observe as significant a century later.

Here are a few newsworthy items from 1923:

• The League of Nations enacted the Mandate for Palestine, which all hope will finally bring peace to the strife-torn Middle East.

• French aviator Joseph Sadi-Lecointe is the first man to break the formidable 200 MPH barrier. Surely no one will ever fly faster.

• The Rollins Motor Company introduced a car with advanced features like an oil pump and brakes on all four wheels. Priced at less than $1000, it’s going to be in everyone’s garage.

Meanwhile, these seemingly insignificant things were going on:

• A Kansas City cartoon animator decides to move out to California to work with his sick brother. They form Disney Brothers Studio.

• A Los Angeles real estate developer erects a temporary sign on the side of a vacant hill. In 50-foot letters it spells out “Hollywood.”

• In Germany, the government sentences the leader of a fringe socialist party to five years in prison for treason. But the defendant, Adolph Hitler, is released after just nine months.

Based on this small sampling, we can predict that 2023 will see events that will be significant for many decades. And at the same time, the much-heralded things everyone is expecting either won’t be world-changing, or might not even happen at all.

It’s safe to say that in our personal lives there will be welcome surprises and unwelcome trouble. So our best course of action is to be prepared for the challenges, be thankful for the good things, and cultivate the resilience to face the unknown without worry.

As always, next year will be a mixed bag.

We wish you and your loved ones a happy New Year, and hope that you have much to look forward to.