Should You Convert Your Traditional IRA Into a Roth? 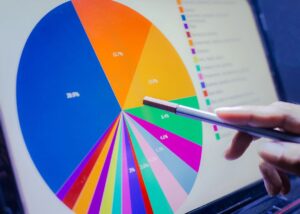 When the Studebaker car company ceased production in 1966, it wasn’t just their business that failed. Auditors found that the company’s pension fund also had serious problems, leaving thousands of workers with reduced benefits or none at all.

The Studebaker employees’ retirement was completely reliant on the success of a single company. Sadly, all their eggs were in the wrong basket.

In response to this and other pension disasters, congress passed the Employee Retirement Income Security Act (ERISA). One of its key components was the individual retirement account, or IRA. It was designed to protect workers by allowing them to own their retirement accounts independent of any employer. As an incentive to save, they could deduct their IRA contributions from their taxes up to an annual limit (originally $1,500). Any taxes would be paid upon withdrawal.

Since its establishment the IRA has seen many changes, including the introduction of new types of accounts. In 1997 Senator William Roth spearheaded the implementation of what came to be known as the Roth IRA. With this version, workers forego the tax break when they contribute in exchange for tax free growth potential and tax-free withdrawals in retirement.

Having a Roth IRA makes sense when you believe that your marginal tax rate at the time of withdrawal will be higher than when you are making contributions.

The decision about which kind of IRA to open is based on your estimated tax bracket at some future date. But circumstances can change. And the good news is that if you originally opened a traditional IRA, you have the option to convert it to a Roth IRA. Of course, you will be subject to any taxes owed on the conversion and once you change a traditional to a Roth, there’s no going back.

So how do you know if you should consider a Roth conversion?

Harriet Edleson, author of 12 Ways to Retire on Less: Planning an Affordable Future, gives some broad guidelines. If you:

it could be a good time to consider converting your traditional IRA into a Roth IRA.

As you can imagine, there are many things to consider beyond your estimated tax bracket. For example, do you have funds outside the IRA to pay the expected current tax liability? Are you planning on making philanthropic gifts or leaving a legacy? And how might the conversion affect the cost of your Medicare premium?

The most prudent course in determining if a Roth IRA would be best for you is to first consult with your tax professional, and then talk me to explore both the short- and long-term implications of such a move.